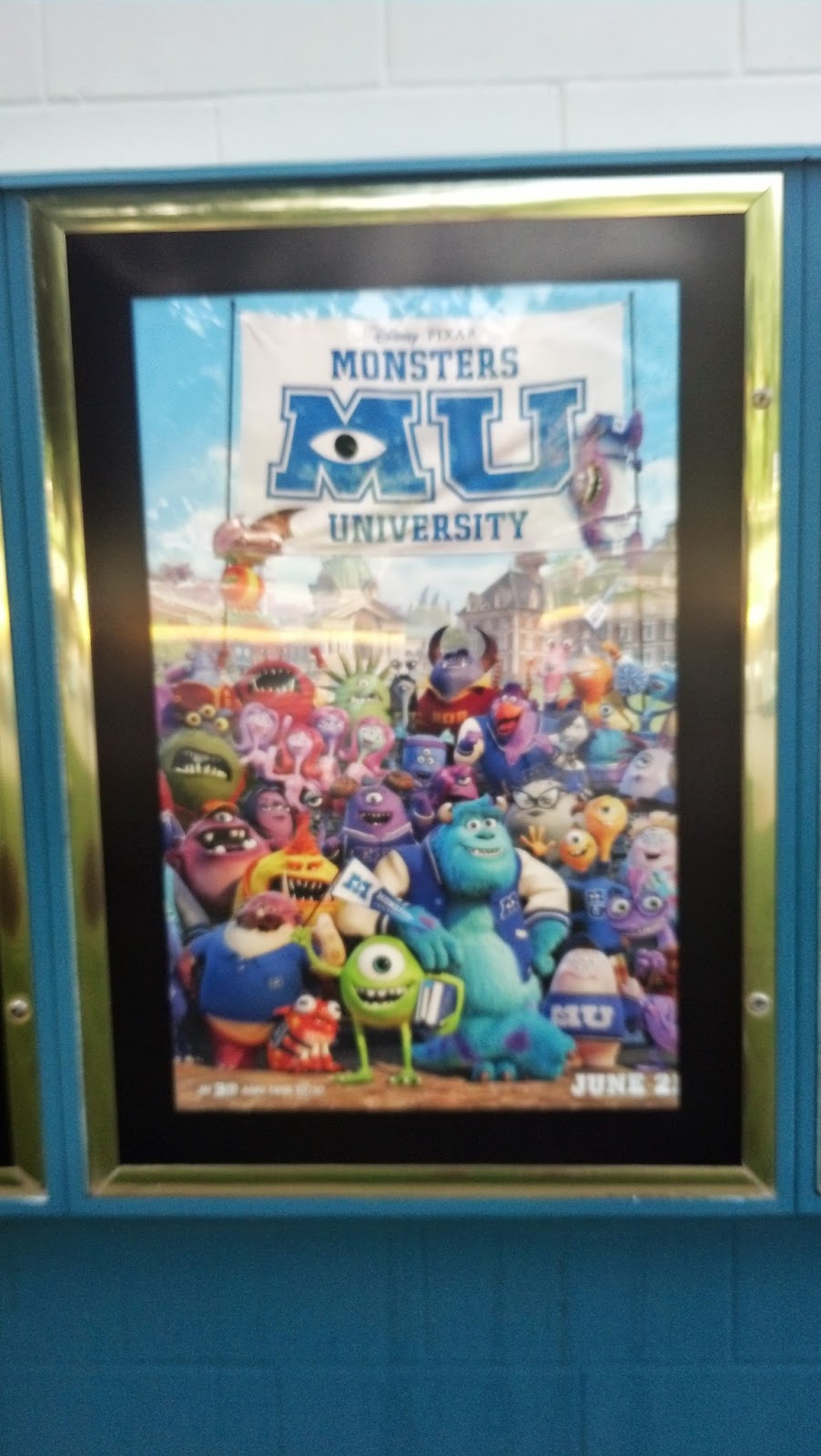 It's been about one hour since I got out of Monsters University. I still haven't come down from the high. What an incredible movie. From beginning to end, every single part of it was unbelievable. Spoilers begin after the jump.


From the first scene with the two headed pigeon, which was a great way to remind everyone that this was the monster world, to the last shot of Mike and Sulley beginning their first day at Monsters, Incorporated, this won on so many levels. It starts off with a great little scene of Mike, aged three-ish, and his classmates going to Monsters, Inc. The amount of throwback scenes and score cues that invoked great memories of the original were fun to see. I loved the Roz and Yeti cameos. They were great ways to set up how those characters acted in MI. The movie looked amazing. Monsters U. is probably Pixar's best looking film to date. The global illumination software that Pixar created to help light this film made it look outstanding. The scene where Mike and Sulley are talking by the lake in the human world is one of the best looking scenes I have ever laid my eyes on. I liked that there really was no "villain." Yes, one could say Dean Hardscrabble was the villain, but she was just doing her job, especially at the end where she locked both Mike and Sulley in the human world. The new characters were really fun. My favorites were probably Art, Brock, and Claire. Art may have only had a few lines in the movie, but I laughed at them all. Charlie Day did a wonderful job. Brock's incessant screaming was hilarious and Claire's low key attitude (except after the final Scare Game) was a joy to watch. I hope Tyler Labine and Aubrey Plaza come back for some more Pixar films. I also really liked Johnny. Even though he was a jerk, Nathan Fillion played him in a way that made you fall in love with his sliminess. Nathan Fillion, please do more Pixar. I love you. Watching Mike and Sulley's relationship develop throughout the film was really fun to watch. The fact that they didn't even admit they were really friends until the end was fun to see. It was akin to watching Buzz and Woody hammer out their relationship in Toy Story 1. I also really liked the ways that the film connected to MI, such as why Mike was so apprehensive to Boo originally, or why the Yeti was banished, or why Randall hates Sulley. There were probably more, but I missed them. I also missed A113 and the Pizza Planet truck, even though I knew where they were. Oh well, I'll definitely see them when the movie comes out on home media. Allinol, it was great. The whole movie was great. I really hope Dan Scanlon gets another chance to direct. He's a very funny guy and it shows, especially through Art.


Now, onto The Blue Umbrella. Just, wow. Wowwowwowwowwowwowwow. One of my favorite Pixar shorts. While the premise was just a little generic (basically it was Paperman with umbrellas), the visuals more than made up for it. I hope Pixar does more with the photo-realism software they have because the film was stunning. My family didn't even know it was animated, that's how real it looked. As little as I'm looking forward to Finding Dory, if they use the photo-realism software from this movie for that, well, let's just say that Pixar will never outdo itself then.


The trailers in front of Monsters U. were Despicable Me 2, Frozen, The Lego Movie, and Planes. No one laughed at Planes, Despicable Me 2 got the most consistent laughter, there was a big laugh at the last bit of the Frozen trailer and I didn't any laughter (other than mine) for The Lego Movie.


So there is my review. I hope you guys liked it. I know it was pretty long, but it needed to be done. So thanks for reading. I do plan on using this a bit more for just whatever. I feel this will be a pretty low key summer for Pixar other than this. So anyway, bless your face. If you sneezed during this review, bless you. Peace off.